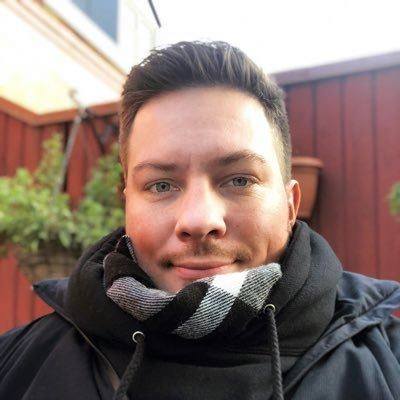 I’m passionate about building great products for the masses, interested in the intersection of people, product, technology, design, and business. I consider myself a craftsman and take a lot of pride in creating great products and experiences.

I’ve worked on a wide range of applications from fulfillment and logistics, enterprise data collection and search engines to consumer mobile apps and social networks at a scale of millions of users. I’ve also always been keenly interested in and practicing in user experience and interface designer.

I’m driven by curiousity (and music) and always expanding my knowledge, spending much of my free time researching and testing new technology. Fun facts: I lived in San Francisco between 2012 and 2019, love Snowboarding and enjoy the outdoors.

Working on Car Mode, Spotify’s mobile experience when connected to a car, making the experience easier and safer. Reaching millions of users I was brought in to help complete the proof-of-concept and set a foundation for converting the entire Spotify app to a car-friendly experience.

I worked on the iOS app for fulfillment and logistics, the supply side of the shopping market place, working on several high-impact projects like a big earnings redesign and on demand; giving shoppers ability to work when they want to and provide better information of where there is work using embedded maps. I rearchitectured several parts of the app to make it easier to test and develop. I was also heavily involved in recruiting and redesigned parts of our hiring process and conducting hundreds of technical interviews.

Built two fitness applications for iOS from the ground up, including backend. Keelo, a virtual personal trainer with high-intensity workouts and an algorithmic programming feature. It was profitable within its first year and was featured on the App Store front page. Throwdown, a social network for people into fitness, required advanced video editing and rendering, and has an algorithm to match people with similar interests.

Built Hello, a custom SMS/MMS with native camera functionality for early Android versions. Also built Muzy, a photo editing and sharing app which reached #8 in the Photo category on the App Store. Invented and executed over 50 A/B-tests and growth optimizations. Designed and built web, iOS and Android apps.

Managed a team of 4, running operations, project planning and resource allocation. Worked directly with the CEO to monetize the platform, bringing it to profitability for the first time ever. Took over a failing iOS project, putting it back on track and delivering a successful product. In 2011 Blogg.se was Sweden’s 7th most visited website and the largest blogging platform with over 1M accounts, 3M unique visitors and 44M page views per week.

Worked as a consultant delivering custom built systems and expertise with web development and agile methodologies. Among other projects, I stepped in to finish and launch CrowdCulture.se.

Developed several bespoke systems including an e-commerce site, a photo archive, and several corporate websites for companies like Bonnier AB and Atlas B2B.

In Sweden military service was mandatory and done by most young adults, mine was in the Navy as a radio operator which included leadership training.

High school program with a trade school focus on technology and design. The program ranged from basics like maths and physics to programming C++, Java and systems administration.